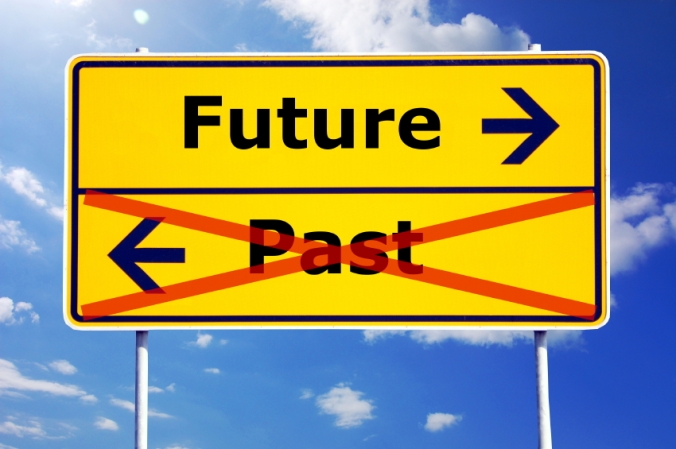 After spending a few weeks on vacation with the family, we returned to the JetBlue terminal at JFK. Caroline and I walked off the plane ahead of Cara and the boys to head straight for baggage claim. As a lengthy preliminary aside, I was anxious to see how quickly our bags came out. I have traveled JetBlue enough to gain preferred  (“Mosaic”) status, and had noticed the gate agent attaching colored stickers to our bags at check-in. When I asked what these were for, she informed me that Mosaic members get preferential luggage treatment. This caused me great – in fact, too much – excitement, because I don’t have preferred status on any other airline. As a result, this limited perk – especially given the fact that I only check bags once a year on our annual family vacation – took on far more significance than it deserved. Sadely, the system worked less well in practice than it did in theory. Caroline and I arrived at baggage claim to find 4 of our 5 bags already out. The 5th – green sticker and all – arrived after almost every other piece of luggage made it off the plane.

Anyway, before we ever found out the fate of our bags, Caroline and I walked together across the terminal. I wore shorts, exposing my prosthesis, as well as a hat bearing the Wounded Warrior Amputee Softball Team’s logo. Caroline held my hand and talked to me as we approached the escalators when a voice on my left interrupted our conversation.

I turned to see a middle-aged man in glasses and a beard with some family members next to him. “Did you serve in the military?” he asked. This is not unusual for me. Given my age, the prosthesis I’m wearing and – on this night – the hat with a large stars and stripes shield that’s part of the WWAST’s logo, it was entirely logical to assume that I’d lost my leg as a member of the military.

I smiled and said, “No, I’ve got the hardware and the haircut, but I’m not a veteran.”

He looked at me awkwardly for a second before saying, “Oh. I was going to thank you for your service.” I waited for the typical transitional sentence that invariably follows my clarification, usually something along the lines of, “Oh, I’m sorry to have bothered you,” or, “Well, either way, you look like you get around pretty well on that.” But this gentleman stared at me another awkward half second and then just peeled off with his family in another direction.

Caroline, who was standing on the opposite side of this conversation, queried, “What was he saying to you?”

“He thought I was in the military.”

“What did you tell him?”

I relayed my response to her.

“He said that he was going to thank me for my service.” I paused and then continued. “I think he was a little upset with my answer.” Another pause. “Apparently, I’m a lower class of amputee than what he was hoping for,” I said with a smile. Caroline looked up at me, trying to figure out how serious I was. Seeing my face, she burst out laughing.

I should be clear: the point of this story isn’t to suggest either that those men and women who gave their bodies to serve their country shouldn’t be thanked for their service, or that civilian amputees deserve thanks from the public in the absence of such service. I’ve been fortunate enough to meet and spend time with many amputees from both Gulf Wars. When with them, I’ve had strangers come up and thank me, assuming (logically) that because I’m with veterans and I’m wearing a prosthesis that I too served. I always back out of those situations, correcting the misimpression and physically stepping away so that the actual veterans get properly recognized.

The concept of an amputee class system isn’t new. I’m generally the beneficiary of it. When people learn that I’m a traumatic amputee who lost his limb acting as a good Samaritan, I tend to get reactions that are as close to those of members of the military, police or fire departments as is possible in the civilian world. But other types of traumatic amputees – motorcyclists are a good example – can get more of an implicit, “you asked for it” reaction than I do. And if you venture into the world of disease, amputees who lose limbs to cancer or meningitis may sometimes be viewed more favorably than their peers who lost them to diabetes, the underlying subtext being that the former strike randomly and without warning while the latter often results from an individual’s behavior and habits.

My encounter with the stranger at JFK brought this to mind because it’s highly unusual for me to engage in a discussion about how I lost my limb without having to deflect away some form – either explicit or implicit – of the (at best), “No good deed goes unpunished,” reaction, or (at worst), “You’re a hero!” But because I blew up this guy’s assumptions about who he thought I was as a person, he just disconnected from the interaction, awkwardly and suddenly. And I acutely felt the absence of how I had expected him to respond.

But the cause of amputation really misses the broader point, it glosses over the power of the story that the amputee community as a whole has to tell. And that’s because the reason an individual has limb loss tells you less about who they are as a person than how they choose to respond to that event.

Who is the “better” amputee: the guy who loses his leg while trying to help someone who then falls into a life of bitterness and blame, lashing out at those around him, or the woman who loses her leg to diabetes, adopts an active, healthy lifestyle and volunteers to educate others with the disease about how to manage it?

We’re typically conditioned to focus on cause, first and foremost. But this is one instance where effect is more important.

2 thoughts on “effect – not cause”