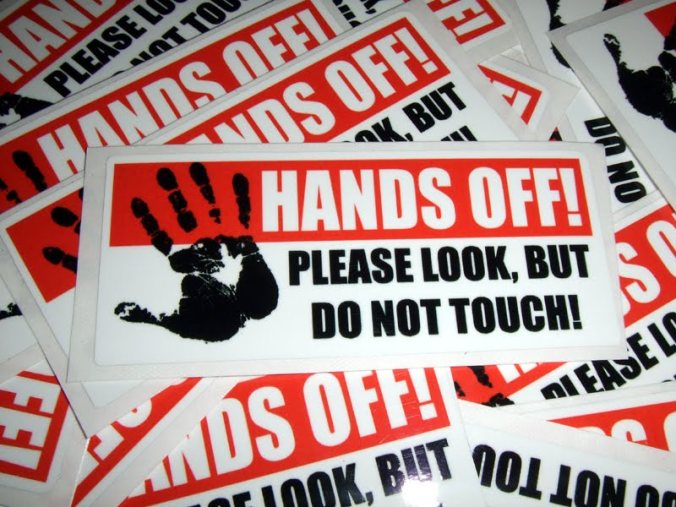 The mechanical world and I don’t have a friendly relationship. When auto mechanics point to my car’s engine to show me what they’re working on, I nod wisely while understanding nothing. When I bought a power washer earlier this year and had to assemble the three different components that screw into the machine’s body, I had to redo the work 3 separate times before finishing. Unclogging a toilet represents the pinnacle of my technological abilities.

At the opposite end of this spectrum is my friend Craig. He works in the prosthetics industry and is a serial tinkerer. If I gave Craig a few screws, some scrap metal, and a wheel, he’d create some sort of gyroscopically-balanced motor-powered unicycle with an iPhone docking station for both navigation and music. (And there would be a few screws left over when he finished.)

Prosthetic-wearing amputees live with mechanical devices in a particularly intimate way. Many of my prosthetic-wearing friends view the world more like Craig than like me. They see their prosthesis as something they can and should play with, breaking out allen wrenches and propane torches with the same nonchalance that I employ when using a remote control to change TV channels.

I am not one of those prosthetic-wearing people who adjusts his own prosthesis. Here are the three reasons why.

Many years ago, I went from walking perfectly and without pain one day to seeing stars whenever I loaded the prosthesis the next. I first concluded that I had injured myself somehow, despite the total absence of any traumatic event. Next, I looked for cracks in the inner socket – perhaps I was catching my skin in the socket, again, despite any visible evidence of tissue damage.

Ultimately, my prosthetist swung by my house after work. He folded up two paper towels, slid them between the inner socket and rigid outer frame and instructed me to walk. Problem solved. The issue? Either because of a drop in humidity or a slight loss of weight (or a combo of the two), my leg slid just a little bit further into the socket, causing me to weight-bear on a tendon that the day before sat outside this danger zone.

Another time, just before a presentation in which I would serve as a patient model, my prosthetic knee stopped functioning. I and my prosthetist both panicked. We hadn’t touched the knee. Was this Murphy’s Law at work? Had a perfectly functioning device stopped working “just because?”

A second prosthetist unconnected to my care happened to be there as well. He looked at me walking and asked me to come over to him. He adjusted the alignment of my prosthetic foot and told me to walk. Bingo – perfect knee action. What happened? As my prosthetist tweaked my alignment to make sure I presented as the perfect patient model, he changed the rollover pattern on my foot in such a way that my intelligent prosthetic knee could no longer sense whether I needed more or less stability. Faced with inconclusive data, the knee erred on the side of doing less (i.e., not bending).

Moral of the story? Even though I know a lot about prosthetics by virtue of my time in the industry and the jobs I’ve held, I’m still, relatively speaking, a moron.

2. I create more issues than I solve

When I have experimented on my own in the past, I usually exacerbate the problem. I’ve tried to fix socket problems by adjusting my alignment, and tried to fix alignment issues by playing with the socket. I’m great at identifying symptoms. However, I stink at finding the cure.

3. I make it more difficult for my prosthetist when I get involved.

Assume, for the sake of argument, that you’re overseeing an experiment. You’re studying how to make humans run faster. You create a light-weight, motor-powered exoskeleton, and your hypothesis is that a person running 100M with this device can complete the distance in under 6 seconds. You put the person into the exoskeleton and she takes off.

But mysteriously, every time she reaches the 50M mark she falls down. The lead researcher reporting to you announces that he’s (a) recalibrating the exoskeleton so that it theoretically becomes more stable, and (b) adding a 3% incline to the 100M track to further decrease the risk of the subject wiping out again.

I should immediately fire my lead researcher, because he’s a moron.

By playing with multiple variables simultaneously, he now can’t determine what’s happening when the subject does complete the 100M without falling. Was it because he adjusted the exoskeleton? Or was it because he changed the grade of the track?

Let’s turn back to prosthetics. Let’s say I determine that I’m landing too far on the outside of my prosthetic foot. I adjust the screws connecting my foot to my knee, and I conclude that things feel better when I walk on it. But when I look at the prosthesis, I realize that the angle between my foot and knee is now, to put it in scientific language, goofy. So I go to the knee and de-goofify that angle. Now everything looks perfect again, but when I walk my prosthetic knee feels like it’s moving from left to right under me instead of from back to front. And that’s causing uncomfortable pressure in my socket because of the whipping motion underneath it. So I go and I add some pads between the inner socket and outer frame …

With all of my “troubleshooting,” I’ve erased the baseline. I’ve adjusted so many variables that the prosthetist can’t figure out where my prosthetic issues begin or end.

In order to protect my prosthetist from me, I do nothing when confronted with a prosthetic problem. I instead pick up this magical little device called a “telephone” and dial my prosthetist’s number. Yes, this may mean that I’m grounded until he and I connect. But I know this has saved me many lengthy trips to his office that I otherwise would have endured had I acted on my own. And, equally important for my own psyche, I don’t reveal myself to be the utter doofus that my solo troubleshooting invariably exposes. I’m not sure which of these two benefits matters to me more.