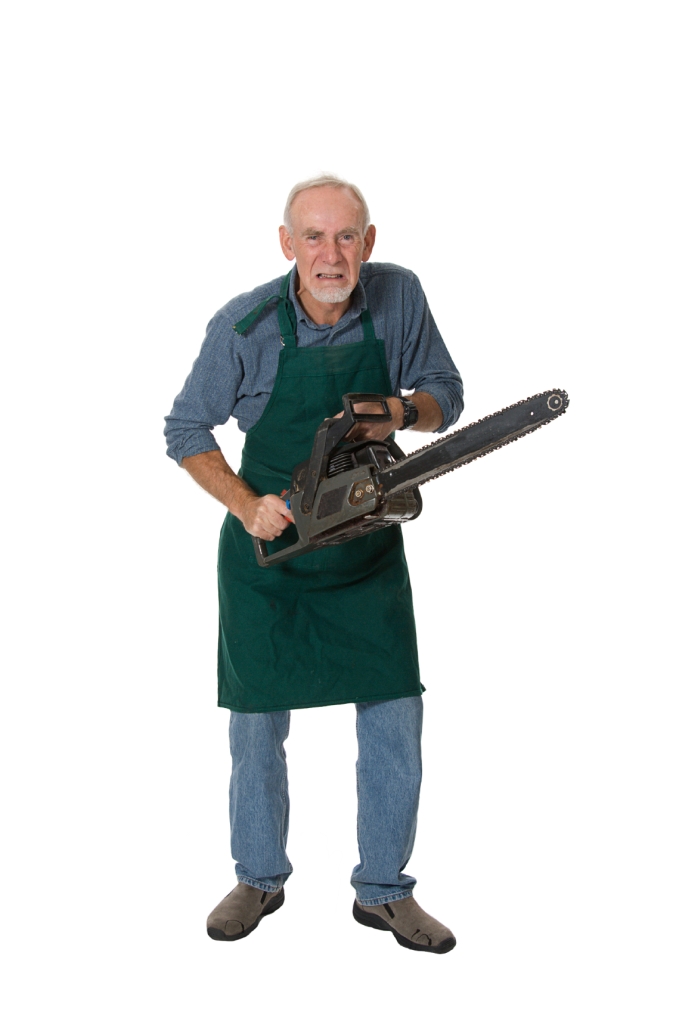 Our ancestors were hunter-gatherers, or so I’ve been told. I learned this first in grade school, then again in middle school and high school, and if I had taken any science classes in college I undoubtedly would have learned it there as well.

If you accept the hypothesis that we adapt to our environment, then I am more fully evolved than most people. In a country where everything – food, drink, information – materializes magically in front of you, my days spent in front of a computer ordering takeout meals serve as material proof that I am both better equipped and adapted to survive (and thrive) than my peers. However, Super-Evolved Dave finds himself at a distinct disadvantage when weather screws up the natural order, depriving me of my easy-to-access meals, libation, and data.

Such was the case when Hurricane Sandy blew through Long Island last month. While I and my family blessedly avoided virtually all of the damage that devastated so much of Long Island, Staten Island and New Jersey, the storm forced me to revert back to a state marginally closer to my original hunter-gatherer self. (How marginal? Roughly the difference in distance between me and the sun if I jump in the air.)

For example, I pushed an upside-down 14-foot trampoline out of the woods while trampling through the wreckage of multiple broken trees. (I said “marginally closer.”) I pulled a metal shed upright that had blown onto its back, secured it back to the ground and fixed its broken doors. Most tellingly, I went to Home Depot and purchased a chainsaw.

I have never used a chainsaw before. The extent of my chainsaw-related knowledge is that  wearing a scarf while using one is a bad idea. I’m also smart enough to know that most self-respecting men would recoil at choosing an electric chainsaw over its gas-powered  brethren the same way they would shy away from showing up at the Daytona 500 driving a Nissan Leaf. (Just using the words “chainsaw” and “Daytona 500” in the same sentence makes me 4.2% more manly than I was at the beginning of this paragraph.)

So I strode out of Home Depot, chainsaw in hand. I felt three inches taller and 9 pounds lighter. I had a full beard by the time I pulled into my street. I returned home to find closets full of flannel shirts and down vests. I had a gas-powered chainsaw and testosterone to fuel me through the afternoon.

However, because I am Super-Evolved Dave I also needed to read the instructions for my new purchase before using it. The reasons for this were twofold: (1) Super-Evolved Dave is more risk-sensitive than Hunter-Gatherer Dave; and (2) I had no idea how it worked.

The first sign that this was different from other things I’ve purchased at Home Depot in the past – lightbulbs, smoke detectors, garden hoses – was the instruction manual’s cover page, which features the word “DANGER!” in large print not once but twice. The first “DANGER!” warns me that “Misuse may result in serious or fatal injuries.” The second points out that “Chainsaw kickback can cause serious or fatal injuries.” My central takeaway from reading the cover? Using a chainsaw would likely result in me losing more limbs or dying. This was exciting!

This brought me to the “KEY CHAIN SAW TERMS” page. This included things that sounded like what they were – “rotational kickback”; “linear kickback”; and “pinch” – and things that didn’t sound like anything at all – “kerf.” (“The grooved cut produced by the saw chain cutters.”)

Page 9 instructed me how to install the Kick Guard, which given the dangers of kickback listed on the cover, seemed to me to be a less-than-optimal way to protect users. Perhaps, just perhaps, screwing the metal kick guard, which consists of a small piece of metal and one screw/nut, onto the chainsaw before it leaves the factory might make more sense? (Yes, real men, I understand that the kick guard limits how big a piece of wood you can saw. But we’re talking about “DANGER!” preceded by a triangle with an exclamation point, for God’s sake. Also, given the complex one screw/one nut kick guard affixation method, presumably real men would just remove the thing after purchase, thereby limiting the chainsaw manufacturer’s liability? Just a free suggestion.)The chainsaw manual has 35 pages of this scintillating material, all of which lead to one unassailable conclusion: if you use this device, you will end up (a) an amputee, (b) dead, or (c) both.

This all culminated, ultimately, in my actual utilization of said chainsaw. It made the same cool noise that I hear when real men use chainsaws; it cut things; hunter-I reveled in this more primal state. (Hunter-Gatherer Dave.) But at the same time, I had the disquieting realization that because of my prosthesis, tree limbs closer to the ground forced me to put my good leg in front (i.e., closer to the chainsaw), which seemed like a decidedly bad thing from an overall risk perspective. (Super-Evolved Dave. Wanker.) Nonetheless, I managed to finish still missing only one limb – but imagine for a moment, if you will, how mind-blowingly riveting this post would have been if that were not the case – and placed the chainsaw in my shed, taking some pictures to document the fact that I’m not a total ninny.

I met my dad, a real chainsaw expert, a few weeks later and introduced him to Hunter-Gatherer Dave. And this man who used two-person chainsaws with his dad growing up, who I watched slice his own foot open with an axe when I was 6, and whose idea of a great time is breaking out the sledgehammer and wedges, says this to me: “Do you have any earplugs? You know, you can really damage your hearing using a chainsaw. It does a number on you.”