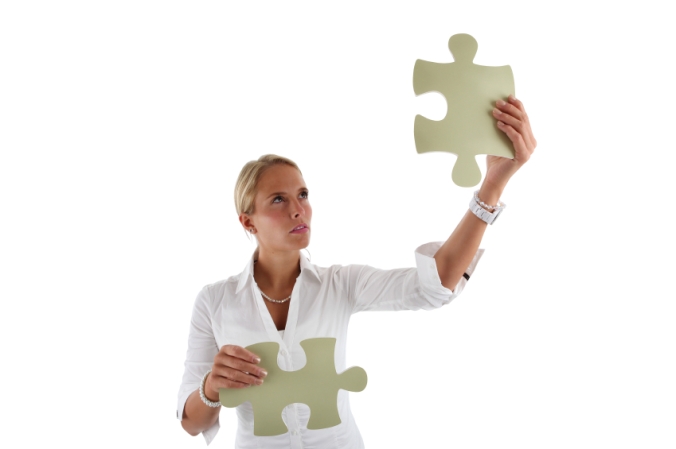 You need a new car. Your old one had a faulty Johnson rod. For those of you who aren’t vehicle sophisticates, there’s no such thing (if you were wondering). This resulted in your engine spontaneously bursting into flames as it sat outside Applebee’s a week ago.

You heard the commotion in the parking lot as you ate your mozzarella sticks and country-fried steak (10,432 calories, combined). You washed this pending heart attack down with Coke and the thin soapy residue of dish-washing soap on the soda’s surface, the combo held in a clear plastic mug that looked like heavy glass but was alarmingly bereft of weight as you lifted it to your mouth while sirens wailed outside.

You didn’t think anything of the parking-lot fracas until you walked out of the restaurant (door held open politely by the green-shirted Applebee’s staffer) and saw the blackened carcass of your car surrounded by fire trucks and the brave men and women of your local volunteer fire department. The Assistant Chief who entertains your kids by ordering them to do silly things over the external loudspeaker attached to his department-issued SUV put his arm around your shoulder and said, with genuine pity in his voice, “Yeah – faulty Johnson rod. I’ve seen this happen a hundred times. Just thank heavens that you and your pet cobra, Fangy, weren’t inside it today.”

Your insurance company, after fighting for a week not to total the vehicle, has finally conceded that the scorched frame cannot be refurbished into what it previously was. You spent 3 hours yesterday afternoon screaming at the adjuster, who tried to argue that “if we just put some new panels on and polish it up a little bit, she’ll be as good as new.” After pointing out that the molten metal more closely resembled the husk of a dead insect than a car, the adjuster finally relented, apparently persuaded by your flowery language.

So you woke up today, ready to go to the Jaguar dealership – yes, in Analogy World, you’re rich and spend your imaginary money lavishly on luxury vehicles – to purchase a replacement. But before you could even get out of your bathrobe and finish reading the morning paper, the doorbell rings. You open the front door and a man in a brown polyester suit and an orange and red tie that looks like the pelt of a 70’s era couch steps brusquely by you and plants himself at your kitchen table. As you chase him, demanding an explanation, the thin hairs forming his spectacular comb-over stand almost upright, not covering his bald head, but forlornly flapping from their base, upright like a tattered flag waggling limply in a light breeze. Cheap, thick frames for his glasses complete this ensemble, their plastic blockiness highlighting the puffy, flourescent-light-pallor face.

Without answering your questions, he hands you a glossy catalog showing the 2011 Kia line of automobiles. He explains that under your auto policy – yes, in Analogy World, insurance companies still suck – his dealership has been assigned to provide you your new car. He points out that your WorldBest Auto Insurance policy provides fantastic coverage, and says as soon as you’re showered and dressed, he’ll drive you over to pick out your new car.

Now, you have nothing against Kia. In fact, you know very little about it. You’re generally aware that a Kia isn’t a Mercedes or Audi, but the trusted people at WorldBest, as far as you can tell, endorse Kia. (In fact, this is not the case. Depending on the day, it could just as easily have been a Honda, Chrysler, or BMW dealer at your door. However, Tuesdays at WorldBest are “Kia day.” Hence the polyester apparition.) And since WorldBest ranked well in customer satisfaction in Consumer Reports (i.e., on a scale from low (“Actively Loathe”) to high (“Mild Distaste”)), your research showed that WorldBest scored in the high middle (“Induces Reflux”). You therefore agree to go to the Kia dealership, where you pick out the Kia Forte based on the polyester salesman’s representation that it drives “just like the Jaguar XKR175 75th Anniversary Coupe, limited edition.” (Aside from the fact that both cars have 4 wheels, an accelerator, brakes, and a steering wheel, that turns out not to be true.)

As ludicrous as this scenario sounds, amputees sometimes find themselves in exactly this situation. And they accept it.

You wake up in the hospital, post-amputation, and see a nicely-dressed, professional-looking man next to your bed. He tells you that he’s a prosthetist. He says he works “at the hospital” and is ready to get you up and rolling on the road to rehab immediately. There’s a laboratory to fabricate your prosthesis on the second floor, and he can cast you today and have a prosthesis ready for you to try out before they even cut back your painkillers. He talks authoritatively about post-operative prostheses, microprocessor-controlled components, mechanical components, socket design, suspension belts, and about 45 other things that you can’t process in your post-operative haze. But it sure sounds good.

And let’s face it, you (a) want to get upright as soon as possible so that you can get the hell out of this hospital and back to your “normal” life, and (b) assume that this beaming individual is uniquely qualified to get you there because he works for the fine institution – you’re in one of the region’s best hospitals – whose bed you’re now laying in.

So you say, “Let’s get going,” or something similar. Your voice comes from a little bit outside your own head as you say the words, what with the painkillers and the not-quite-accepted reality of your missing limb intruding rudely and persistently upon your otherwise-placid mind. And before you’re even discharged from the hospital, you’re wearing a prosthesis, held onto your body with a neoprene belt around your waist, and being instructed to come back for follow-up and a “permanent prosthesis” in the future.

I once sat with a patient at my facility who had this exact experience at a world-class hospital in the Northeast. Frances found her way to us by word of mouth, several years after having her leg amputated when she was hit by a car. She awoke in the hospital to the smiling, beneficent prosthetist who worked “for” the hospital. Knowing that she was in one of the premier health institutions in the country, if not the world, she willingly let this prosthetist provide her care, always vaguely troubled by the fact that she was in constant pain and unable to reclaim her previous activity level, despite the fact that she was otherwise in good health and highly motivated. “But,” she reassured herself, “he’s part of this amazing hospital. So I know I’m getting the best care anywhere.”

By the time she got to us, Frances was in an emotionally precarious place. She was in constant pain, which she could only manage with pharmaceuticals. She aspired to be an active, productive woman and knew that she was failing in her efforts to achieve that goal. Finally, she was staring down the barrel of 30 or 40 more pain-filled years in front of her if she couldn’t improve her prosthetic issues.

Her mood didn’t improve when she learned from us that the prosthetist who had been providing her care wasn’t, in fact, in any way affiliated with the world-class hospital where she underwent her amputation. Rather, he simply happened to be part of a private practice that rented office space there, and had done so for years.

Her eyes filled with tears as she spoke with me in my office and said, “This is outrageous! If I had known that, I would have checked out other places first. I just assumed that because he was part of the best hospital that he was also the best.” Frances was understandably furious with the lack of transparency.

This isn’t an unusual scenario. Nor is the alternative, where some hospitals, instead of renting their facilities to prosthetists on site, have a stable of local CP’s appear on an assigned day (or days) of the week to get first crack at whichever new amputee happens to awaken without the limb(s) that were there only a few hours before.

Either way, the same thing happens: new amputees with little clue about the world of prosthetics – especially traumatic amputees, who haven’t spent days or weeks of their lives preparing for limb loss – logically associate the quality of the hospital they’re in with the quality of the prosthetist who materializes by their bedside afterwards.

This is not a call to end the practice of prosthetists operating in whole or in part at hospitals. I’m not suggesting that new amputees should hop headfirst through the glass window of their hospital room to the street below in an effort to avoid care from these individuals. I personally know highly skilled prosthetists who operate using one or both of these models. It is possible to get high-quality care under this system.

So, to be clear, the problem is not the prosthetist. The problem is skill by association, which flourishes because patients lying in the bed, the skin of their leg or arm held together by staples during perhaps the most powerless period of their adult life, don’t know much of anything, especially about limb loss, selecting a prosthetist, or their right to choose whomever they want to treat them.

As I think back on it, every person in that hospital who prodded, poked, and treated me was there not because I chose them, but because they just happened to inhabit the same physical space as I did during that period of time. The head of my multi-trauma team was a surgeon who now specializes in gastric band surgery. The surgeon who performed my amputation was a vascular specialist who drove through the intersection of my accident shortly after I was whisked to the hospital. I didn’t ask for them. I didn’t know them. I was assigned to them.

Now imagine yet another person appearing at your bedside to provide just another form of care. Why would you assume that you have the right to get prosthetic care elsewhere? The totality of the patient experience teaches us exactly the opposite.

I don’t hold out a lot of hope that hospitals will actively work to make this distinction clear, though I think they should. Same goes for the prosthetists. (Frankly, I always thought it a brilliant “sales” strategy to tell a new amputee that they could, and in fact, should visit other prosthetists before selecting one. Then again, it was easy to take that position when experience demonstrated that no matter what I said, the vast majority of prospective patients were going to “sign on” with us no matter what I said. A prosthetist whose experience suggests otherwise would understandably (from a business perspective, at least) have less incentive to make that statement and emphasize the fact that he was not actually part of the hospital.)

So, having resigned myself to the fact that this practice won’t fundamentally change, I have come to the following conclusion: the only people who have a vested interest in changing things are the ones who are in many ways the least equipped to do so – the pain-pump-pushing, emotionally-shattered new amputees who have to deal with the person sitting next to them talking incomprehensibly about artificial limbs.

Is that fair? Probably not. Losing an arm or leg is one of the most disorienting, disempowering experiences a person can have. However, at some point after our amputations, we have to take that first step towards reclaiming control of our lives. This seems like as good a place as any to start.

2 thoughts on “skill by association”