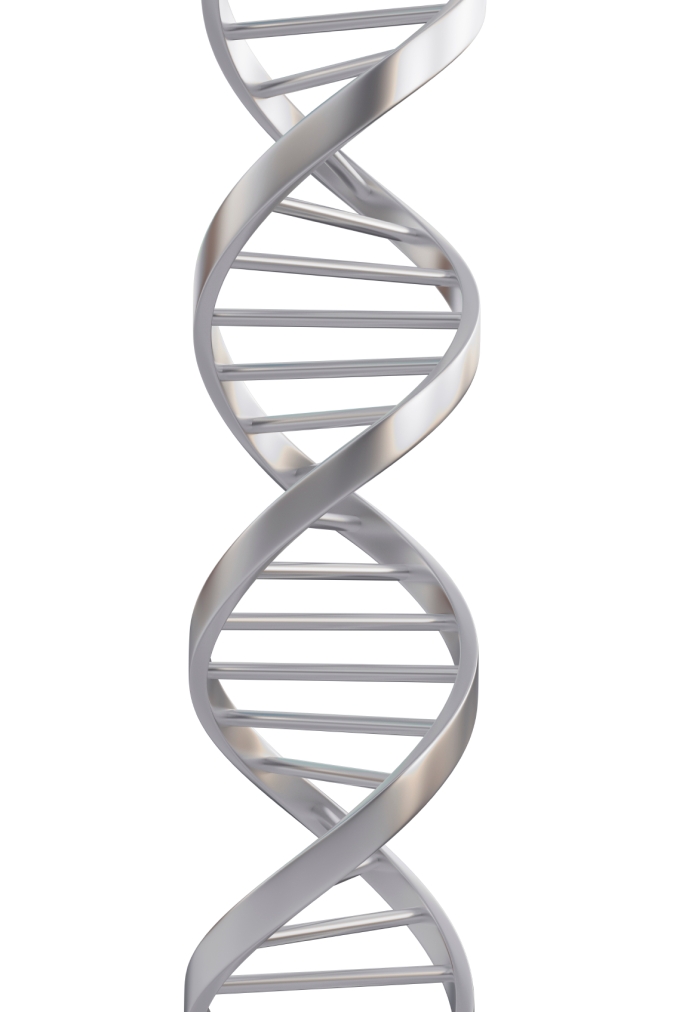 What are these things? And do you need to know them?

If you are a person who wears a prosthesis, sadly, the answer is “Yes, you should.” If you currently do not wear a prosthesis, well, take it from me, someday you might. So, with a heavy heart and advance apologies, this week I take you to the world of prosthetic coding.

First, it’s important to understand that every claim submitted to every payer in the United States, whether Medicare, Medicaid, private insurance, the V.A. or workers’ compensation, uses the same codes. Codes are the language used to communicate what your prosthetist has delivered to you.

Medicare is the entity responsible for creating those codes. So even if your child is getting a prosthesis from the group health plan offered by your employer, the fact that your child is under 65 and not part of Medicare doesn’t mean that his claim uses a different coding language. Rather, like any other claim for prosthetic reimbursement, it uses Medicare’s codes.

But you’ll recall that I said earlier that codes are the language used by your prosthetist to describe what’s delivered to you. The bad news is that those descriptions are, for all intents and purposes, written in Russian.

For example, let’s assume that you just got a new prosthetic foot added to your prosthesis. Depending on which one you received it would be described by one of the following:

Know which one describes your foot? My guess is that for 95% of you, the answer to that question is, “Hell no!” And, unbelievably, I’ve gone out of my way to simplify things in this list.

You see, each one of these descriptors is preceded by an “alpha-numeric code.” In other words, prosthetic codes start with the letter “L”, as in “labyrinthine,” followed by a four-digit number.

If you looked at the “L codes” in order numerically, low to high, they wouldn’t match up with my list. That’s because I chose to organize it – quite logically, I might add – by device complexity/Medicare allowed reimbursement amount. So Medicare pays the least for the first device on my list, and the most for the last.

But that’s not how Medicare assigns code numbers. For example, the last code on my list actually represents the most recent foot code created by Medicare. And that code describes the most complex kind of prosthetic foot, and by extension, the one that Medicare pays the most for. But Medicare assigned that kind of device a numerical code that actually places it in the top third of the list if organized by code number, low to high.

Think of it this way – imagine that you could organize a football team’s jersey numbers one of two ways. The first way – my way – would involve giving out numbers based on the player’s value to the team. The higher the number, the greater the value. So in my system, Tom Brady would be a 100, while Randy Moss around week 3 of last season might be a 9.

But that’s not the way football teams give out numbers. When Brett Favre left the Jets -(much to the relief of Jets fans here in NY, I might add), number 4 got freed up. Brett Favre, in the world of coding, became an inactive code. (Would that he had become an inactive player at that same point in time, as two consecutive off seasons of “Will he/won’t he come back?” constituted cruel and unusual punishment for the sports reporters and fans condemned to follow the story.) Someday, another player will come along seeking a new number, and the Jets staff will give him number 4 simply because it’s available, not because it’s placing him in any kind of order relative to other jerseys. (Yes, I’m aware that QB’s don’t wear numbers in the 50’s and linemen don’t wear single-digit numbers, but give me this analogy without protest, ok?) That’s how Medicare gives out alpha-numeric codes.

So, to summarize, if you looked at these codes in the order that Medicare lists them, it would be more confusing than what I’ve provided you above. In fact, if you scan to the bottom of this post and click the link to Medicare’s codes, you can download the Medicare spreadsheet, which lists the codes by alpha-numeric number, not by the amount that Medicare pays.

Even if you successfully got your head around those descriptors, however, you’d still be only a small part of the way there. That’s because each of the above codes is called a “base code,” meaning that it forms the base upon which other codes may be added if your foot has additional characteristics described by a – you guessed it – add-on code. In other words, a whole other group of codes, no less confusing than those already listed above, can be tacked onto the base code.

It’s not surprising, then, that people with limb loss/disability frequently give up on the whole exercise when they learn that their prosthetic foot may be described by 2 or more codes with language so confusing that it renders them functionally illiterate. And, if I may deepen the gloom you find yourself sliding into like a spider swirling to its watery death in a bathtub, prosthetic feet are the simplest part of the coding equation.

Prosthetic knees, for example, often consist of 3-4 different codes. Prosthetic sockets . . . well, let’s not even go there. (I’ve been in the world of prosthetics for nearly10 years now, and I still can’t tell you exactly which codes can and should describe my socket.) Suffice it to say, the above-knee amputee who thinks of her prosthesis as consisting of 3 distinct parts – socket, knee, and foot – can be forgiven for staring uncomprehendingly at the explanation of benefits form listing 13-16 L codes submitted by their prosthetist for reimbursement.

After you’ve read this, poured yourself a stiff drink, re-read it (the post, not the drink), and concluded that heavy and repeated liquid intake makes more sense than trying to figure this all out, you might logically ask the following question: “What should I do?” The answer is, you should go to the PDAC. Except that won’t help much either.

PDAC stands for “Pricing, Data Analysis, and Coding.” The “C” is the only letter we care about in this context.

Medicare contracts with a private entity – currently Noridian Administrative Services – to perform the PDAC function. Among other things, the PDAC links specific prosthetic components to particular codes. When the PDAC issues a coding opinion, it is, as a practical matter, the definitive way to code a device.

You see, the PDAC generally issues coding opinions only when a manufacturer submits a request. That’s how the system works. But for the most part, prosthetic manufacturers don’t do that. In fact, if you look at every prosthetic component currently on the market from every manufacturer and then searched the PDAC website, I’d guess that at least 90% of those products have no coding opinion. (Sorry folks, as much as I love you all, I simply don’t have time to perform this search myself to quantify the percentage. Trust me, though – I’m probably being conservative in my estimate.)

So, in short, you’re left with the following quandary: you can go to the entity responsible for linking products to codes, but more often than not, you won’t get any guidance because the PDAC hasn’t been asked to give an opinion. “Well,” you might ask, “why doesn’t the PDAC just require manufacturers to submit all devices for an opinion to clear up coding questions/ambiguity?” The answer is, at least for prosthetic products, because they presently just don’t. (As you might imagine, such a requirement would be a rather major undertaking, especially when you consider that the PDAC’s coding responsibilities represent only one part of that entity’s responsibilities.)

As an interesting side note, if you look at other medical devices, like orthotics, manufacturers do often submit some/all of their products to the PDAC for opinions. Why the difference? In part, it’s because Medicare has, in some instances, required manufacturers to submit their devices to the PDAC as a prerequisite to getting them reimbursed by Medicare. To date, that has not happened in the prosthetic space.

So what are you now to do?

3. go to the manufacturer?

“Well,” you might say, “if manufacturers don’t get opinion letters from the PDAC, maybe they have their own opinions about what codes apply to their products.” And you’d be right – they generally do. And often, that information is available on the internet or through a company’s 800 number. But again, there’s one nagging, tiny, eensie-weensie little problem: manufacturers tend to include the following language at the bottom of their coding sheets: “The responsibility for accurate coding lies with the patient care facility that selects a product and fits the patient.”

In other words, the coding suggestion is just that: a suggestion.

A second issue with manufacturer recommendations, as I myself have been told on occasion, is that prosthetic manufacturers tend to be experts in designing and manufacturing products – not coding. Between the disclaimer and this fact, betting your life savings on the accuracy of a manufacturer’s coding suggestion is probably not the best investment strategy.

So, in summary, finding out a manufacturer’s coding suggestion(s) is a double-edged sword. On the one hand, manufacturers usually have coding information for every prosthetic product they sell, which is good because you get a sense of which codes might be in play. On the other, having that information doesn’t mean that it’s right. Unlike a PDAC opinion, which, as noted earlier, is a definitive statement of the correct code(s), a manufacturer’s suggestion is just an opinion that comes with a healthy disclaimer.

If you’re drowning in alphabet-soup hell, this isn’t going to make you any happier. AOPA is the American Orthotic and Prosthetic Association. It is the trade organization representing both prosthetists and manufacturers. (See AOPA’s Mission statement here.)

AOPA has its own Coding & Reimbursement Committee, made up of prosthetists with extensive experience in coding issues. This group of people – if I may allude back to my analogy earlier in this post – speaks “Russian” much better than you or I.

“So,” you say, breathing a sigh of relief, “this is where I can go to get definitive guidance about which codes apply to which products.” Well, again, not exactly.

So where does this leave you, brave but confused patient? The honest answer is, “Nowhere, really.” In the absence of a PDAC opinion letter, which (1)  few companies ever bother to ask for, and (2) only applies to prosthetic components (i.e., not your socket), you’re left floundering in the proverbial coding primordial soup. But that doesn’t mean you have to drown in it. You can take the following steps to stay afloat for a while:

Remember – codes determine the total value of the claim your prosthetist submits for payment. And since that affects you in the form of various out-of-pocket costs, you should be comfortable that you’re paying for exactly what you receive. That doesn’t require you to become a coding expert, but it does require you to do a little homework.

* These descriptions are quoted directly from the list of prosthetic reimbursement codes, publicly available on Medicare’s website here.